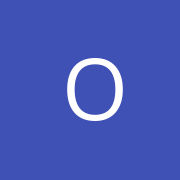 So Long With Us, Yet We Don't Know Him?

The Lord's apostles had been in close association with Him for a period of approximately three years, always listening and learning. They had been eye-witnesses of his miracles and were students of His in-depth and authoritative teachings (2 Peter 1:15-18-NKJV; 1 John 1:1-2-NKJV; Matthew 7:28-29-NKJV).

Just before His death on the cross, Jesus told them that He was going away to prepare a place for them, and that He would come again and receive them to Himself. He said they knew the way where He was going (John 14: 1-4-NKJV).

It was then that Philip said:

To which the Lord replied:

"Have I been with you so long, and yet you have not known Me,

Philip? He who has seen Me has seen the Father; so how can you say,

Brethren, are we any different from Philip? Could it not be said be said of us that we've had the inspired New Testament, the Lord's church, and the continuing presence of Jesus with us for almost 2,000 years (Matthew 28:20-NKJV; cf. Hebrews 13:5-NKJV), and yet some of us still don't know Him?

While we may take a dim view of Thomas' and Philip's lack of faith from the above Scriptures, perhaps we should closely examine our own lack of faith (2 Corinthians 13:5-NKJV).

Has Jesus really been so long with us, and yet we don't know Him?

Let's think about it!